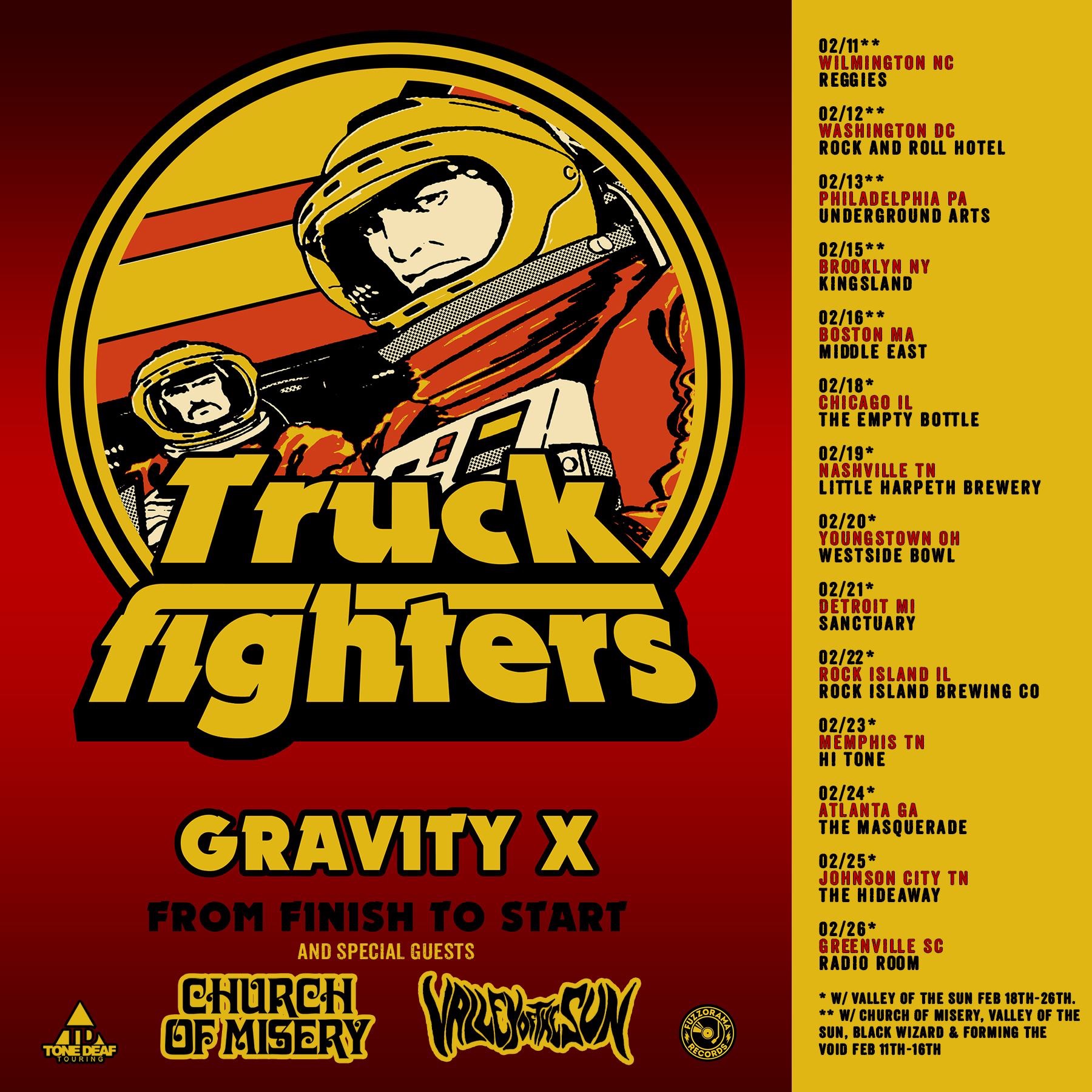 Truckfighters was formed in Örebro, Sweden in 2001. After releasing EPs in 2001 and 2002, they recorded a split-EP with local Swedish band Firestone in 2003.[2] In 2005 they released their debut album Gravity X on both Fuzzorama Records and MeteorCity Records. Their follow-up album, Phi, was released in 2007 by Poison Tree Records in the U.S. and on the Fuzzorama label elsewhere. Their sound has been described as classic desert rock, similar to bands like Dozer, Fu Manchu, and Kyuss. They have been featured on the MTV Sweden show “Fuzz”.[3] The band has done extensive touring over the years, playing more than 300 live shows, most of them in Europe. Their first USA tour, in July 2011, included stops in New York, Chicago, Detroit, and Cleveland.

The film Truckfighters (Fuzzomentary) by Joerg Steineck and Christian Maciejewski portrays the band’s life.[4] It was released in December 2011 and features interviews with Josh Homme of Queens of the Stone Age. The film provides an ironic, entertaining view of the three “ordinary” guys who transform into Fuzz Monsters onstage.[5][6]

Their album Universe was released on February 24, 2014. As a teaser, The Chairman EP was released in October 2013.

The band’s most recent album, V, was released on September 30, 2016.[7] It marks a significant change in style for the trio, as they intermingle their trademark heavy stoner rock sound with lengthy atmospheric sections.

On February 21, 2018, the band announced on their Facebook page that they are going on a “long, long hiatus” and “Might come back stronger than ever (that’s the only way) or not at all!”

On March 4th, 2019, the band was announced to reconvene to play an exclusive set at Psycho Las Vegas 2019.