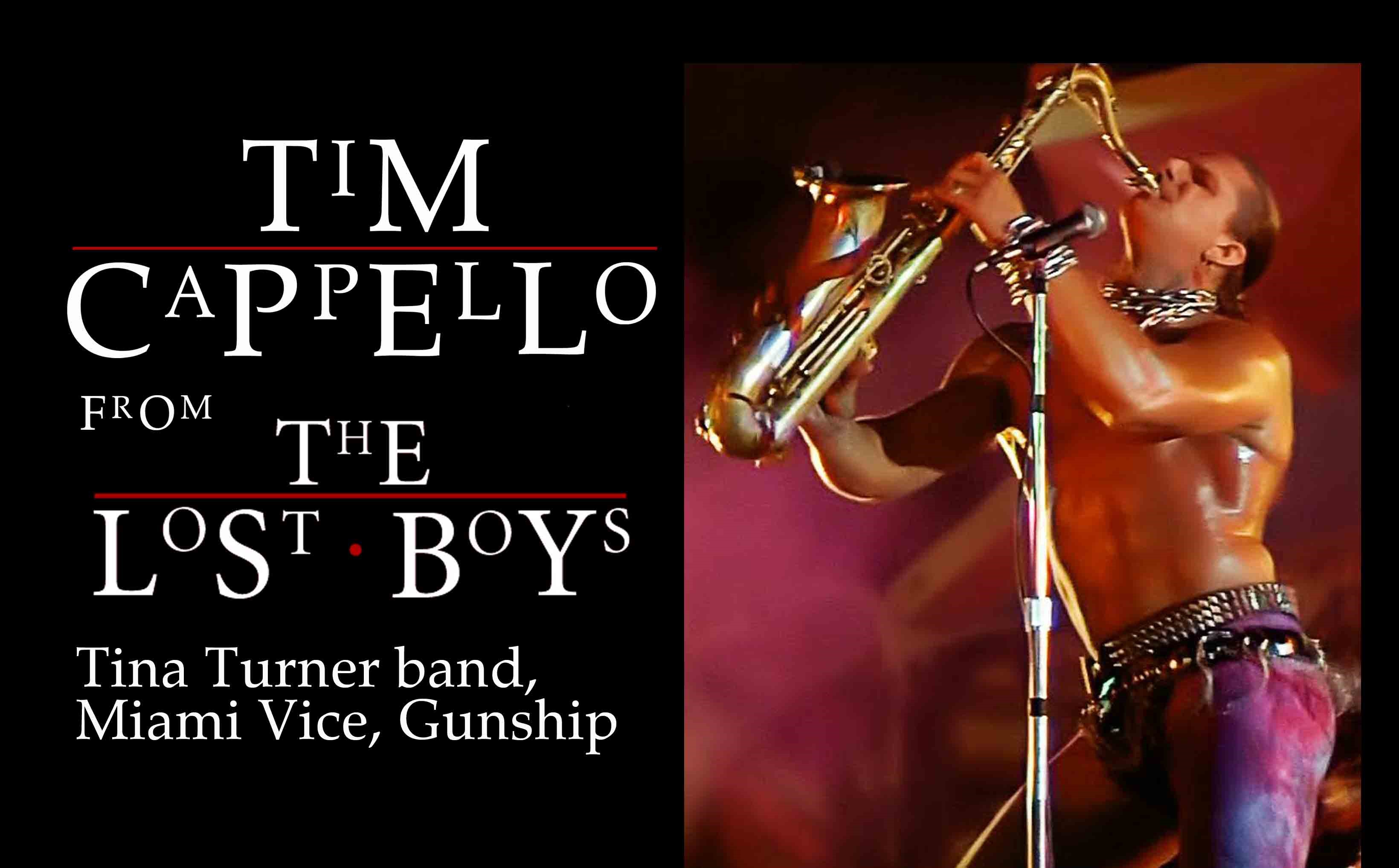 Born in Silver Lake, New York, Timmy studied
at the New England Conservatory of Music and
with jazz great Lennie Tristano. His first gig was
with comedian Billy Crystal, backing up his act on
piano and sax. He then went on to tour and record
with Eric Carmen, Garland Jeffries, Peter Gabriel
and Carly Simon. In 1984 he joined Tina Turner’s
band, which he was a member of for 15 years,
being featured on record and in the videos of many
of her most famous hits. Timmy took time off to act
in movies and TV shows, including performing the song
I Still Believe in the movie classic The Lost Boys, Hearts Of Fire
(with Bob Dylan), Tap (with Gregory Hines and Sammy Davis Jr.),
The Equalizer and Miami Vice. He has scored many TV
documentaries for PBS, Turner Classic Movies,
and A&E (including a special four hour biography of
The Rat Pack). Timmy was also a two time member of
Ringo Starr’s AllStarr Band. In 2018 Cappello played
saxophone on the Netflix variety show The Break With
Michelle Wolf and was featured, along with singer Indiana,
on the British Synthwave band GUNSHIP’s single
‘Dark All Day’ from the album of the same name.
The album debuted at number 1 in the Electronic charts
in the US, UK and Canada. He also released his 1st solo album,
Blood On The Reed, in 2019 and finished his 1st solo US tour.
He’s embarking on a 2nd tour of the Southern US in the spring of 2020.