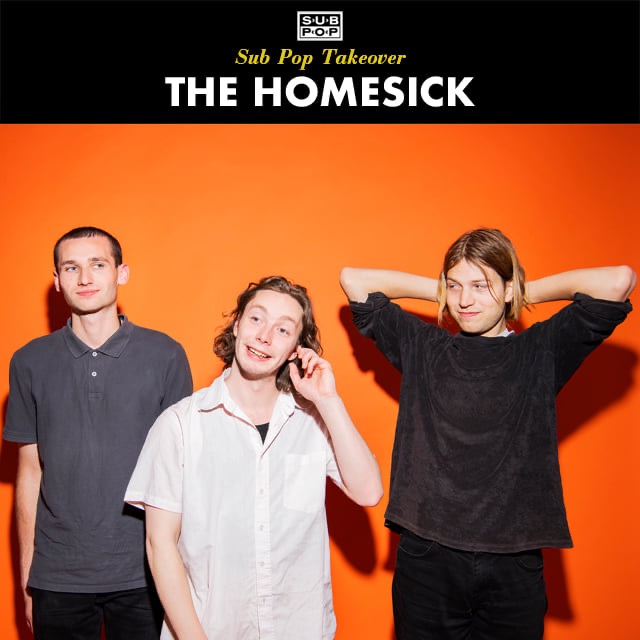 Sub Pop has signed Dutch band The Homesick and will release The Big Exercise, the group’s label debut, worldwide February 7th, 2020. The album, which features the singles “I Celebrate My Fantasy,” “Kaïn,” “Male Bonding,” and the title track, was produced by the band at Schenck Studio in Amsterdam, mixed by Casper van der Lans, and mastered by Mikey Young (Total Control, Eddy Current Suppression Ring). Listen to “I Celebrate My Fantasy” now here and also on YouTube, Spotify, Apple Music and Bandcamp.

The Guardian called The Homesick “An eccentric Dutch trio bringing a sense of humor – and some unusual transportation – to their scratchy, eclectic post-punk (‘Ones to Watch’).”