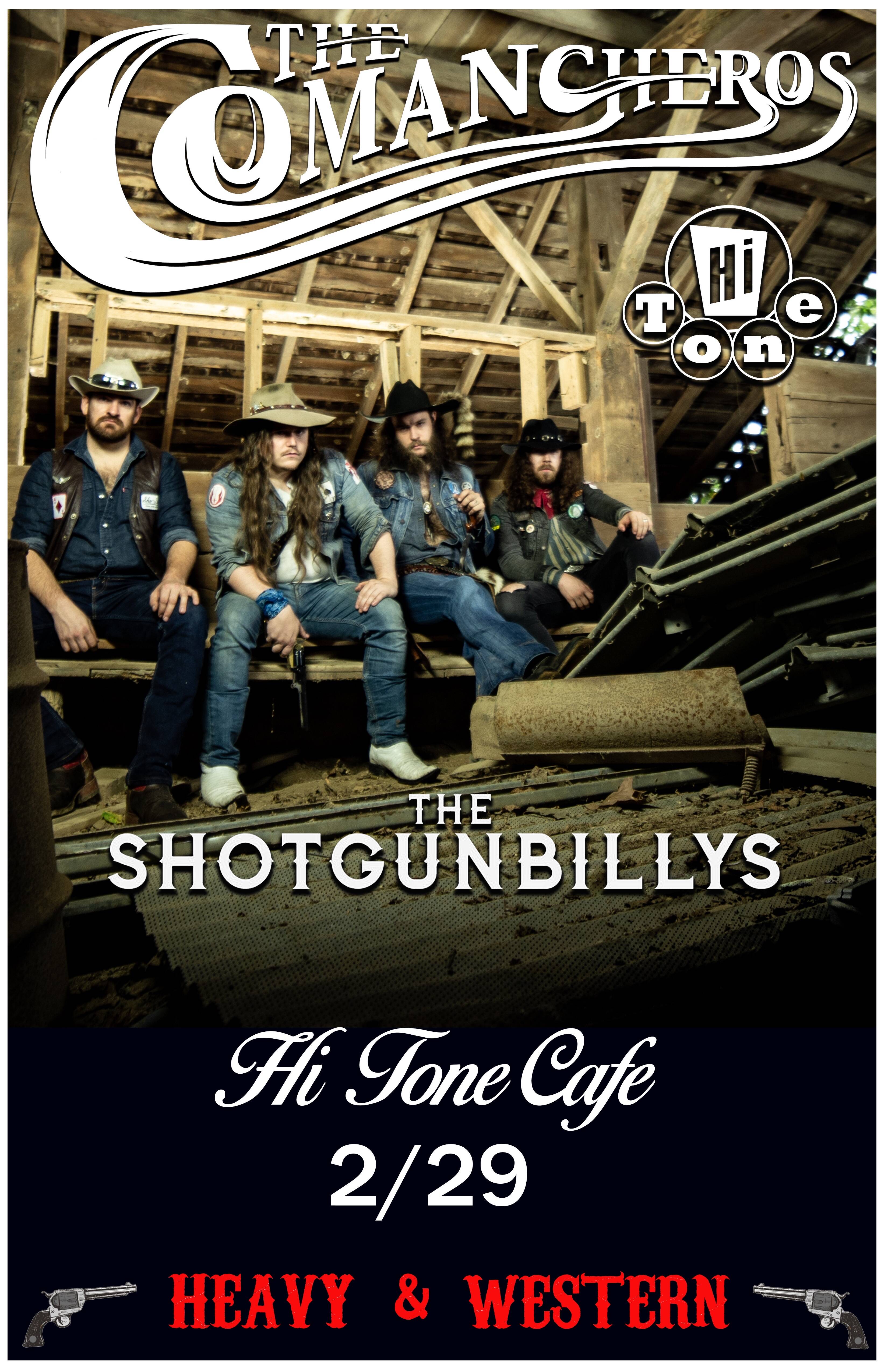 These guys are known for bringing to the stage some of the highest energy performances in the business. Now, they’ve bottled up that fury to produce their first full length release, “Heavy & Western” (Nov. 23, 2018). The album is comprised of 8 tracks, all of which more than live up to the LP’s name. Additional previously released material includes the singles ‘He Was a Preacher’ and ‘Time Machine’.

The Comancheros have also played numerous live shows and festivals, such as the Tumbleweed, and have had the privilege of sharing the stage with the likes of Randy Rogers, Drake White, Alabama, and the Nitty Gritty Dirt Band.

These experiences have sharpened their spurs and inspired the band to create an album that exemplifies what it means to be a modern-day cowboy.

So, get ready, folks. The Comancheros are here to stay with an album that’ll make you wanna break out your time machine and have a weekend.