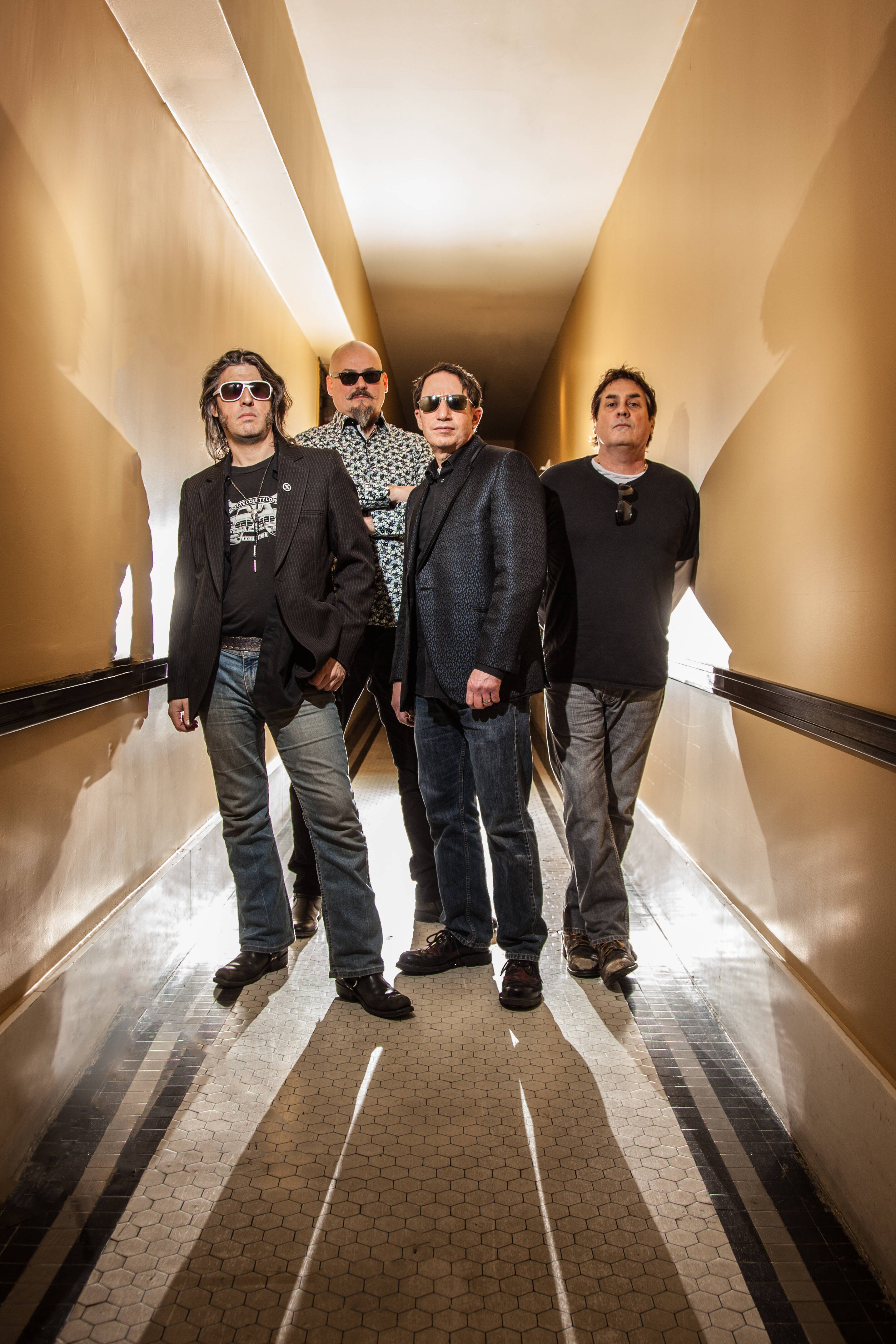 Kansas City rock & roll powerhouse the Pedaljets have spent decades flying just under the
radar. From their inception in 1984, their raucous brand of scuzzy, melodic jangle-pop and
jagged post-punk placed them in league with some of the decade’s most beloved rockers, from
The Replacements and Hüsker Dü to Meat Puppets and The Flaming Lips, all of whom the
Pedaljets have performed alongside on stages across the United States. Their music has
received critical acclaim from countless publications, including The A.V. Club, Diffuser.FM,
Uncut Magazine, Blurt Magazine, The Big Takeover, and the notoriously critical CREEM
Magazine. Twist The Lens continues to build upon the legacy the Pedaljets have created over
the past three decades, showcasing the comfort and maturity of their years spent performing
together as well as the electric fervor that has permeated their music since the beginning.
Twist The Lens is only the second new release from the Pedaljets since their reformation in the
late 2000s, arriving six years after their most recent LP, What’s In Between. While What’s In
Between served as a reintroduction to the band’s Midwestern college rock, Twist The Lens finds
the band pushing themselves further than ever before, abandoning the constrictions of genre
and focusing on expanding their sound. At its core, the melodic, proto-grunge sound that
characterized the Pedaljets’ earlier releases still reigns supreme, but with a deeper exploration
of melody, harmony, and pop-rock influence, as well as a newfound writing ethos that allowed
the members to push themselves into unfamiliar sonic territory. Vocalist/guitarist Mike Allmayer
says, “When I demo a song, I always have ideas for arrangements and all the other parts. But
then once the band gets to work on it, I’m like, ‘Well this is going in a totally different direction,
but it’s great.’ That’s the beauty of working with these guys for thirty-five years. Some of the
directions we’d take with these songs took me outside of my comfort zone at first, but we
decided to follow them down that road and it always led to something better.”
Twist The Lens was recorded in three main sessions, produced by the Pedaljets alongside their
former lead guitarist Paul Malinowski (Shiner, Season To Risk). Though the Pedaljets core trio
of Allmayer, bassist Matt Kesler, and drummer Rob Morrow has remained a constant throughout
their tenure as a band, they’ve worked with multiple lead guitarists throughout the years, with
Twist The Lens being the first record to showcase their newest addition, Cody Wyoming.
Bringing in Wyoming, and working alongside Malinowski, allowed the new songs to benefit from
a fresh and outside perspective, while still keeping the album within the Pedaljets family. It also
lent itself to a more utilitarian process where, as Allmayer describes, “We would constantly listen
back and ask ourselves, ‘Are you hearing something this song needs?’ We were really focused
on pushing ourselves to make the best music we can and being extra critical.” To round out the
team, the band brought in veteran producer John Agnello (Sonic Youth, Dinosaur Jr., Kurt Vile)
to mix the record and reunited with Archer Prewitt (The Sea and Cake) whose artwork has
adorned the last three Pedaljets album covers.
Kicking off the album, “Disassociation Blues” explores the intricacies of romantic
communication, with Allmayer’s hypnotic vocals drifting atop a repeating, post-punk channeling
guitar line. The track continues to build throughout its three and a half minute run time, adding
sparkling layers of guitars to create a soundscape that’s equal parts R.E.M. and Joy Division.
“Down Town,” meanwhile, takes its sonic cues from Tom Petty, with Allmayer’s lyrics painting in
broad strokes, creating a skeleton framework of hopelessness for listeners to fill in with their Own experience