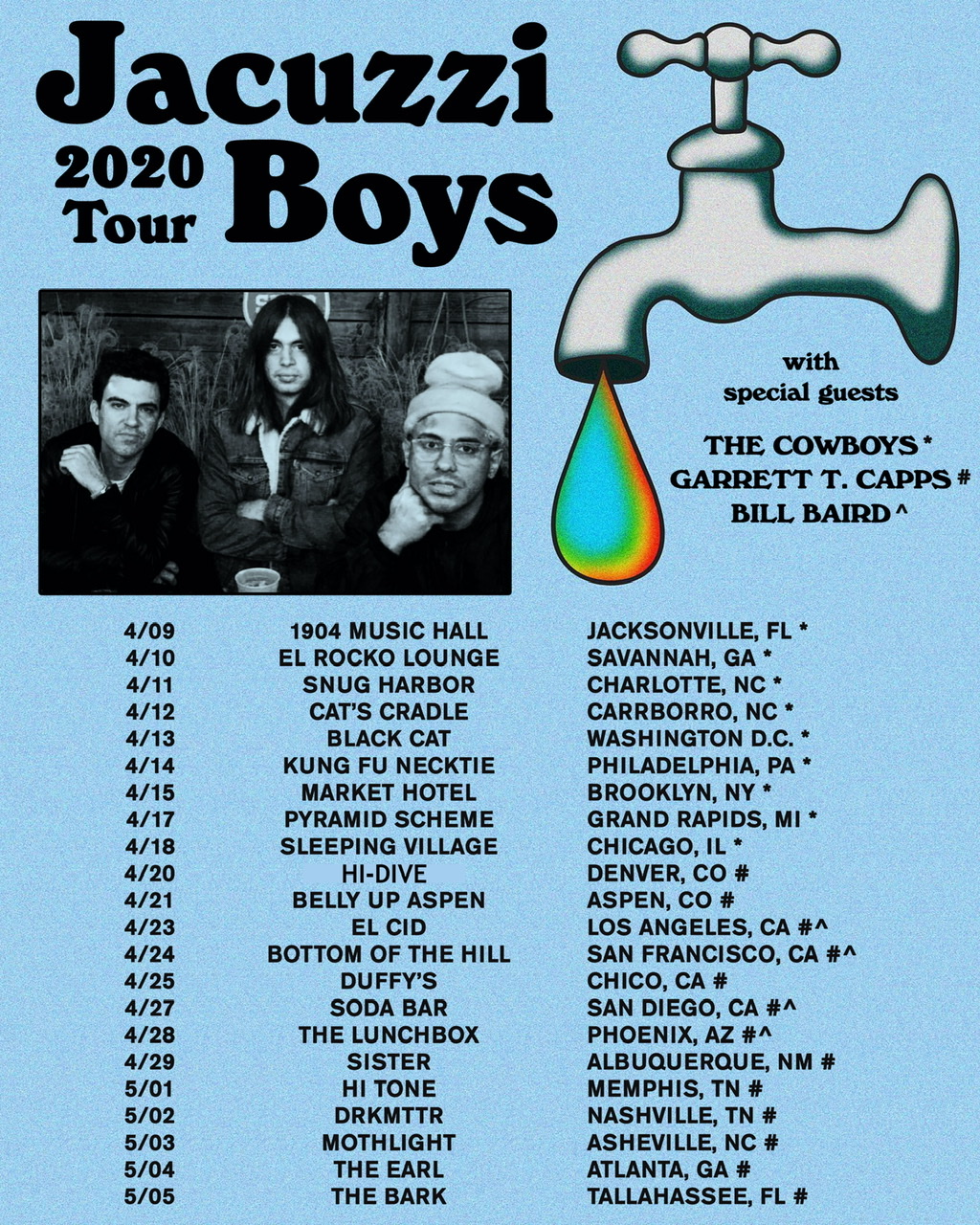 Given their unabashedly lo-fi aesthetic, their predilection for psychedelia, and their old-school pop sensibilities, Jacuzzi Boys sound like direct descendants of 1960s garage rock. Although they might sound like they could’ve appeared on the original Nuggets compilation, Jacuzzi Boys are most definitely a product of the 21st century; Gabriel Alcala (guitar) and Diego Monasteri (drums) teamed up to form Jacuzzi Boys in Miami, Florida in 2007. Bassist Danny Gonzales was brought on board soon after to round out the group’s sound, and the newly formed trio quickly attracted the attention of the Orlando, Florida-based indie label Floridas Dying (at the time home to a number of like-minded acts, including Yussuf Jerusalum and Cop City Chill Pillars). Jacuzzi Boys’ debut full-length on that label, No Seasons, was released in 2009.
The band’s profile enjoyed a healthy boost following some favorable media coverage (the band’s 2009 split 7″ with Woven Bones was featured on Pitchfork) and an endorsement from none other than Iggy Pop, who dropped the band’s name in an interview with Urban Outfitters, and it wasn’t long before they found themselves on the roster of Sub Pop offshoot Hardly Art. Jacuzzi Boys’ sophomore album, Glazin’, was released in August of 2011. After spending a bunch of time touring and getting a song in the Seth Roganmovie 50/50, the Boys headed to the Key Club Recording Co. to lay down their third album. The results were mastered by legendary sound wizard Kramer and released to the public as Jacuzzi Boys via Hardly Art in the early autumn of 2013.

After taking a bit of a break, the trio hit the studio in Miami with Torche’s Jonathan Nunez in the producer’s chair. The resulting batch of back-to-basics garage rockers arrived on the six-song EP Happy Damage, which the band decided to release on its newly formed Mag Mag label in September of 2015. Their next album, the ’90s indie rock and grunge-leaning Ping Pong, was recorded in Los Angeles and similarly self-released in late 2016.