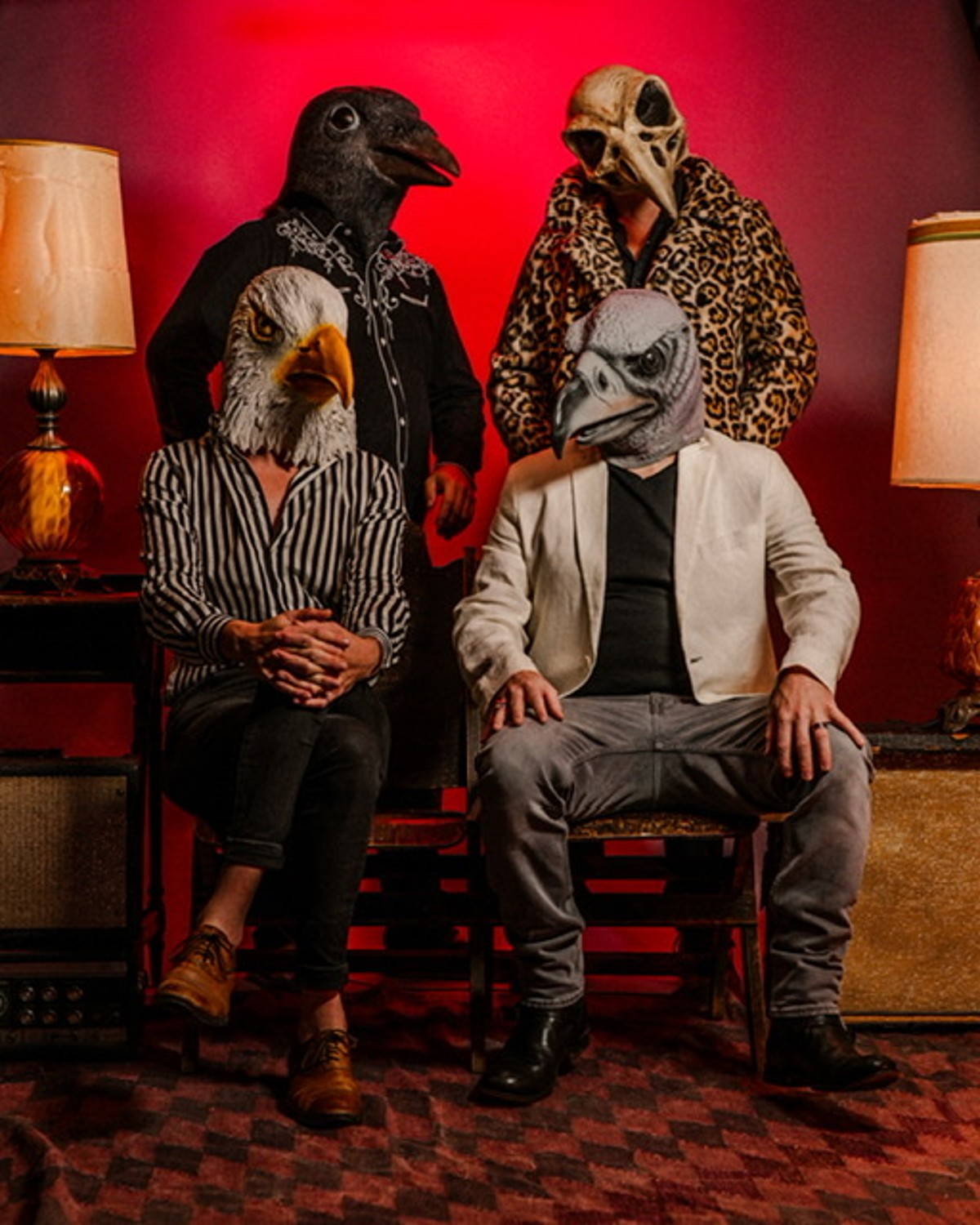 On the surface, the band is a four-piece psych-rock outfit – but in flight? They’re a force, the extension of
an ancient hive-mind sworn to maintain the low hum that keeps our universe suspended in celestial
Jell-O.
In mythology, buzzards represent the power to consume death and create life, associated with the idea of
rebirth and reincarnation. In many cultures, buzzards have magical powers and are occasionally even
worshipped as gods. They are a paradoxical symbol of darkness, mystery, and wisdom.
It is this dichotomy of prowess and absurdity that guides the band. They are well-read party animals, as
thoughtful as they are insane, as funny as they are serious. They are kind but also dangerous. The
Buzzards of Fuzz are messengers between life and death, the physical and the spiritual world—Fuzz
Guardians.
The Buzzards of Fuzz currently inhabit the bodies of Van Bassman, Benjamin J. Davidow & Charles
Wiles, and Claude Abbott. Their legendary live shows and blistering singles have earned the group slots
opening for Yawning Man, Truckfighters, Nebula & Guitar Legend Dick Dale. The group’s first
full-length record The Buzzards of Fuzz is now available on Vinyl, CD, and streaming. They’ll be fuzzin’
up a city near you this Summer!
Claude Abbott – Bass
Van Bassman – Lead Vocals, Rhythm Guitar
Benjamin J. Davidow – Backing Vocals, Lead Guitar
Charles Wiles – Percussion