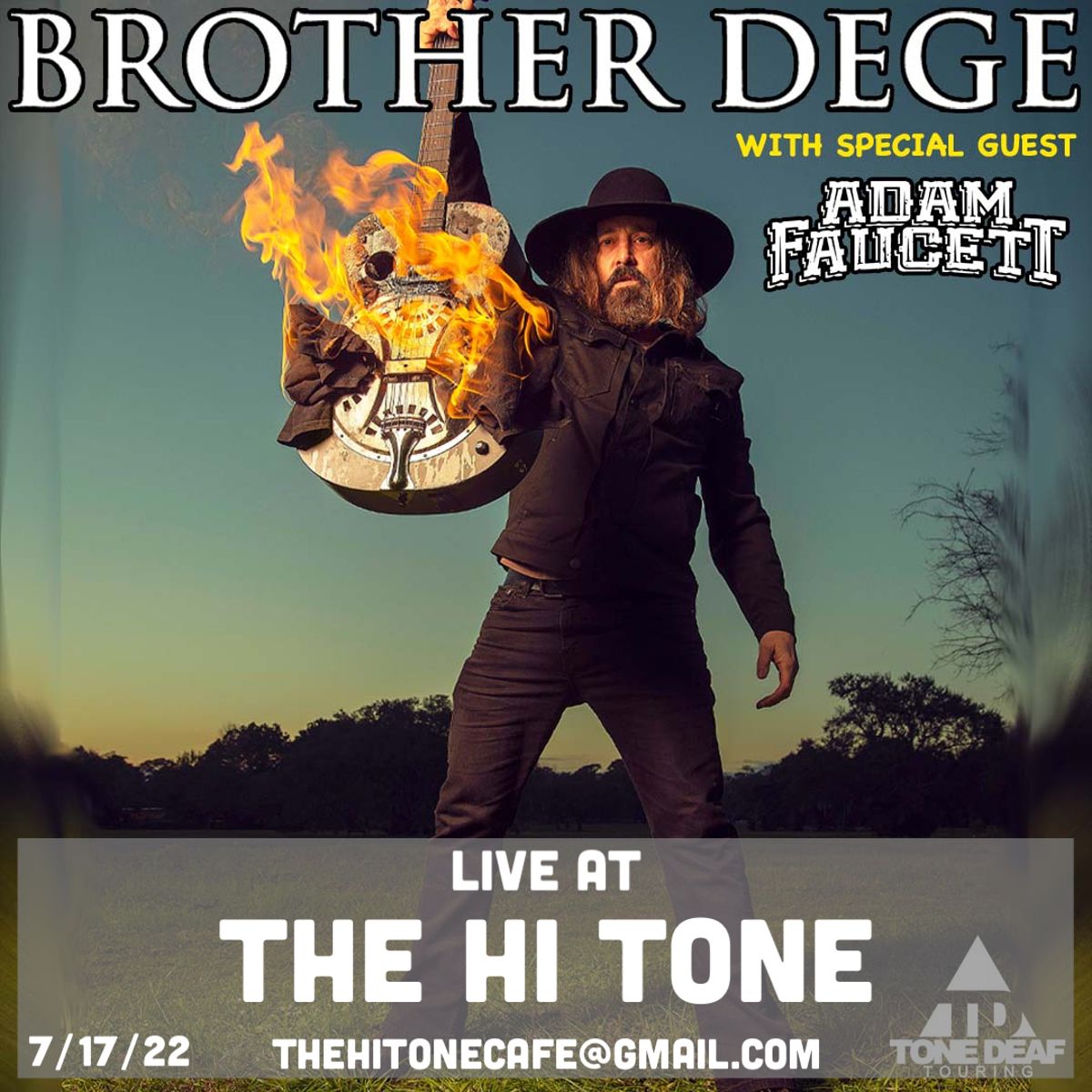 Grammy-nominated Brother Dege Legg (“Too Old to Die Young” – Quentin Tarantino’s Django Unchained)* is one of the best-kept secrets in the Deep South; a musician, writer, outsider artist, and heir to a long line of enigmatic characters birthed in swamplands of Louisiana. Brother Dege utilizes slide guitars, Delta blues, Dobros, and cinematic songwriting to conjure a new vision of the psychedelic Deep South.
*“Too Old to Die Young” was handpicked by Quentin Tarantino for inclusion in the soundtrack to Django Unchained.
BROTHER DEGE: LONG BIO
Artist: Brother Dege (pronounced DEEJ) Touring Band: Brother Dege & The Brethren Home: Lafayette/New Orleans, Louisiana, USA
Grammy-nominated Brother Dege Legg (Quentin Tarantino’s Django Unchained) is one of the best-kept secrets in Louisiana; a musician, writer (Louisiana Press Award 2004, 2008), outsider artist, and heir to a long line of enigmatic characters birthed in slaughterhouse of the Deep South. It’s been a wild ride for this boy. Like the mad love child of Son House and William Faulkner, Legg has burned a colorful trail through the Promised Land, working odd jobs (dishwasher, day laborer, cabdriver, embedded journalist, homeless shelter employee), hitchhiking, studying philosophy, and writing books while passionately championing the swampy quirks of Deep South.
Growing up, there were few promising opportunities for young man of Legg’s eccentric stripe in Cajun country and things eventually got difficult and strange: chronic bouts of depression, habitual drug use, clashes with local pecking orders and prejudices, and arrests soon became routine. During one gloomy episode – deflated and broke – Legg climbed the Mississippi River Bridge in Baton Rouge, determined to dive into the next life, but after a last minute change of heart, he humbly climbed back down and vowed to find a better way to exist. He immediately drove himself to rehab in a stolen Camaro and rededicated himself to creative pursuits, namely songwriting and writing. He soon formed the rock band Santeria who had a 10-year run of chaos and bedeviled kookiness (1994-2004). After four albums, they disbanded in an anarchic heap of bad luck, poverty, exhaustion, and voodoo curses they suspected were cast on the band to hasten their demise.
Legg spent the next year living in low-rent motels and trailer parks, writing new songs that tapped into the haunting style of the Delta Blues greats.